Here's your source for thoughts and observations on all things financial (and otherwise). Topics can range from tips on your personal well being to the well being of your investments. As always, we welcome your comments and feedback.

Finally, springtime in New England! The weather is getting warmer, the flowers are blooming, and everyone is in the mood to start cleaning house. Now is a great time to do a clean up of your personal finances as well.

Posted by Mackenzie Arsenault on April 12, 2018

April is Financial Literacy Month and even Saturday Night Live recognizes the importance. Check out SNL's skit with Kate McKinnon as she highlights the importance of teaching children money basics early!

When the stock market goes down, as it has over the past week, some investors hold off on buying or selling until the security they have in mind comes back up to a particular price. For instance, Investor A might decide to hold onto his GE stock, which was at roughly $19 a month ago...

Guys 'n Gals: a message to all women

I’ve noticed for years now a growing use of the pronoun “guys” when addressing a group of two or more people regardless of gender. It is most glaring, though, when the group consists of all women!In the early years of feminism, there was an effort to randomly exchange...

The Price of a Thanksgiving Dinner

Thanksgiving dinner a budget-buster? Not really. Every year the American Farm Bureau releases their survey of the average cost of a Thanksgiving meal for 10 people. The meal includes turkey, stuffing, cranberry sauce, peas, sweet potatoes, a vegetable tray, rolls, pumpkin pie and coffee/tea. This year the average cost is $49.12, or about $4.91 per person. That’s down $0.75, or 1 ½ percent, from…

Posted by Mackenzie Arsenault on September 29, 2017 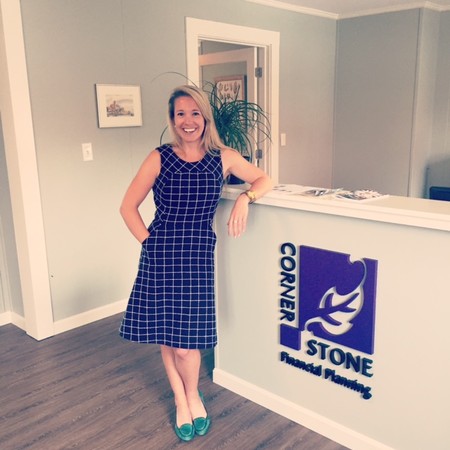 Oh snap -- where did September go? The years since I headed back to school has creeped into double digits but I still feel the excitement and shift towards the fall mentally; a time of getting back on a regular schedule and of course buying new school supplies, shoes included! Here at Cornerstone...

What Are The Odds?

The following statistic came to my attention recently: “According to a recent study in the Journal of Aging, a full 50% of those over 65 will need care that’s sufficient to trigger benefits under a long-term care policy – substantial assistance with 2 of 6 activities of daily living, or substantial supervision due to a cognitive impairment.” That’s a staggering statistic to me. If I told…

Should you buy Cannabis stocks?

26 states have legalized marijuana. And with the increased awareness of its many medical benefits you may be wondering if now is a good time to invest in companies that grow and deliver this product. Not so fast! The federal government categorizes marijuana as a Class 1 drug under the Controlled Substances Act (the same category as heroin), making it illegal according to government law. This is…

The Super Bowl and The Stock Market

Investors look for any way to predict the market so it should come as no surprise that someone has tried to tie the outcome of the Super Bowl to market performance. In 1978 Leonard Koppett discovered a strong correlation between the Super Bowl winner and stock market performance in the same year. He found that when an AFC team won the conference the markets went down that year, and when an NFC…

This is the time of year when many of us think about what should be accomplished over the coming 12 months. January offers a fresh start, a clean slate, and the days ahead are filled with possibility. We at Cornerstone, of course, think about investment perspectives for 2017; where the economy stands, the global macro issues we face and also the political wave of populism sweeping the world. What…