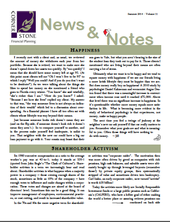 I recently met with a client and, as usual, we reviewed the amount of money she withdraws each year from her portfolio. Because she is retired, we want to make sure she doesn’t spend down her assets too quickly. By “too quickly” I mean that she should have some money left at age 95. (At this point most clients tell me “Oh I won’t live to be 95” to which I reply “Well you could! And if you do you don’t want to be destitute!”) As we were talking about the things she likes to spend her money on she mentioned a friend who goes to Florida every winter. “You know” she said wistfully, “she’s richer than I am.” “How do you know?” I asked. “Because I see how she lives” replied my client. My answer to that was, “the way someone lives is not always an indica-tion of their wealth” which led to a discussion about over-spending. As a financial planner I have all too often sat with clients whose lifestyle was way beyond their means.

Just because someone looks rich doesn’t mean they are (and on the flip side, if someone doesn’t look rich it doesn’t mean they aren’t.) So to compare yourself to another, and in the process make yourself feel inadequate, is unfair to you. That neighbor with the new car could have a big car loan payment to go with it. Your cousin may boast that their son goes to Yale, but what you aren’t hearing is the size of the student loan they took out to pay for it. Those clients I mentioned who are living beyond their means are often carrying a lot of stress.

Ultimately what we want is to be happy and we tend to equate money with happiness: if we see our friends living a more lavish lifestyle they must be happier than we are. But does money really buy us happiness? A 2010 study by psychologist Daniel Kahneman and economist Angus Deaton found that there was a meaningful increase in contentment when income rose until it reached $75,000. Above that level there was no significant increase in happiness. So it’s questionable whether more money equals more satisfaction in life. What is becoming more evident in the study of behavioral psychology is that experiences, not money, make us happy people.

The next time you feel a twinge of jealousy at the neighbor’s new car ask yourself if that car really matters to you. Remember what your goals are and what is meaningful to you. Often those things will have nothing to do with money. ~ Jill

In 1980 executive compensation as a ratio to the average worker’s pay was at 42-to-1; today it stands at 320-1 (quoted from John Bogle’s “The Clash of Cultures”). Shareholder activism is a term we increasingly hear and read about. Shareholder activism is what happens when a majority power in a company – those owning enough shares of the stock, sometimes as little as 10% of the company – have enough votes to influence and make changes within a corporation. These votes and changes are aimed at the board of directors’ level. Sometimes this can be a good thing. It can improve management of employees, environmental practices, or cost cutting, and result in increased shareholder value.

In the 70s and 80s the more negative term for shareholder activism was “corporate raider”. The motivation then was more often driven by greed as companies with rich pensions, high cash balances, and saleable assets were ultimately bought up through leveraged buyouts (remember those?) by private equity groups, then systematically stripped of value and sometimes driven into bankruptcy. Carl Icahn, an early corporate raider, now turned “activist” is worth $20 billion!

Today the activists more likely are Socially Responsible Investment funds or a large public pension such as California’s (CALPERS), who have a loftier goal of either making the world a better place or assuring retirees pensions can be paid. The consequence of this generally good work can be analogized here: consider that in nature the lion may starve if he doesn’t slay the zebra; so either the zebra lives or the lion dies.

To illustrate, the New York Times ran a story recently about the fifth-generation family-owned Timken, a steel and bearing company in Canton, Ohio. The company employs union workers, buys from local suppliers, supports the city schools and art museum through generous donations, and has made good long term business decisions such that it is an attractive company. Ultimately it showed up on the computer screen of a pension fund investment management firm in San Diego who then quietly bought up enough shares to force a vote and break the company into two businesses. The goal is to create a higher return for shareholders, in this case the pensioners. But this break up also leaves one of the newly cre-ated companies vulnerable to a takeover by another firm. The prospective buyer, without roots in or history and connec-tion to the community bears no allegiance to the people of Canton. Under such a scenario, the production and jobs might be moved elsewhere. Thus this particular population is at risk of feeding the lion. ~Susan

How to encourage the Next Gen to save

Here are a few tips to pass along to the next generation to help them gain knowledge and develop practices that will put them on a track to financial security:

Budgeting
Set a budget & track spending: How do you know how much you can save if you don’t have a budget? Knowledge is power and in this case the knowledge comes from tracking spending to see exactly where the money goes; this is the cornerstone of financial security. A great and easy website for tracking spending and setting a budget is Mint.com. Maybe after doing this you’ll think twice about that outrageous monthly cable bill.

Savings
Company Match: Be sure to take full advantage of any employer-sponsored accounts; 401(k), 403(b), SIMPLE IRA and to contribute at least enough to secure the full employer match. Any year it’s passed up you can’t recover it; take advantage each year - it’s free money!

ROTH IRA: If you don’t have an employer-sponsored plan or a match incentive, consider funding a Roth IRA*. Tax-es will be owed on the money that is put into the Roth IRA in the year it is earned, but Roth withdrawals are not taxed, nor are any profits on the investments! It can be scary to put money into an account for retirement when you are in your 20s or even 30s, but Roth IRA contributions may be withdrawn (the principal) at any time with-out penalty, although this option should be exercised judiciously.
Perhaps, as a relative, you might offer to match their contribution; if they contribute $X you will match the contribution**. This technique will help to instill good habits of saving.

Make it automatic: Set up automatic monthly transfers directly out of your paycheck (Direct Deposit) to a savings account or IRA. Eventually you won’t even notice it’s gone and you’ll be well on your way to having a sound savings plan.
If any of your children or grandchildren have specific questions related to the above topics I am happy to have a talk with them. ~Mackenzie

Happy Holidays
Wishing you peace, joy and cheer in the new year! 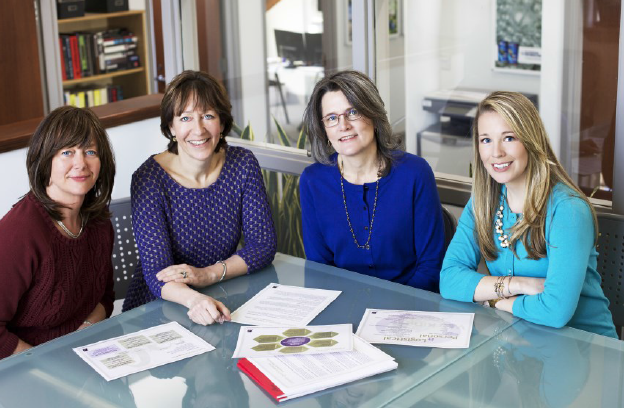